Rowan Wingate Robertson is an English rock guitarist who currently performs in the Las Vegas production show Raiding the Rock Vault and plays for Bang Tango. He also plays for DC4. Robertson also played guitar for AM Radio, Dio, Vast, and Violet's Demise.

Toured extensively with different artists, played in both symphony and Broadway orchestras, participated in ensembles ranging from solo on up to a hundred musicians, but mostly have made his living playing in the contemporary rhythm section. Played on and off camera, for presidents and dignitaries, and even alongside some of his idols.
Specialties: Multiple styles, sight-reading, funk & R&B rhythm guitar, classical and flamenco solo guitar, rock lead guitar, charts, arrangements, and vocals.

Scott Van Zen has spent the past 40 years learning, playing, and teaching guitar. He has become an acclaimed guitarist, songwriter, composer, and producer. He is a pro guitarist who has played with performers like Brian Howe from Bad Company, Gene Simmons of KISS, and DOVE Award-winner Ken Tamplin. If your TV has been on in the last 20 years you have likely heard his music backing movies, TV and commercials. Scott has placed 1,000+ Songs in Film, TV and Advertising. In addition to his amazing guitar skills, he is a prolific songwriter.

Songwriter and Multi-instrumentalist for Grammy nominated Hoobastank 2009-present. Other bands include Something Bot Metro and Giants of Rome

Drummer and Founder of Drum Lessons Unlimited,   he will help you unlock your "UNLIMITED" potential as a drummer. From beginners to professionals, Dave offers students the very best in convenient, comprehensive drum instruction. Teaching for over 10 years, he has the ability to bring you to the next level.

TO SIGN UP PLEASE EMAIL US, CALL US OR COME IN PERSON. 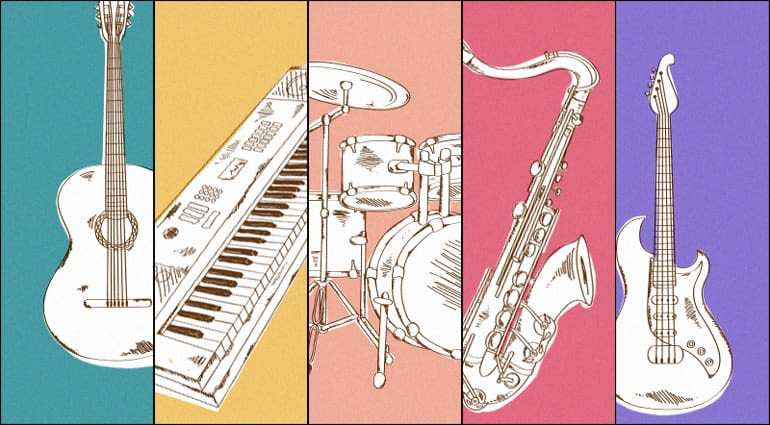